We understand that it is important to consume a balanced diet and that wrong foods can aggravate disease. At the clinic we teach food as medicine. However it’s just as important to know about bowel movements, regularity and what’s normal.

If we are eating three meals a day our bowel movements are best to be the length from our elbow to wrist (sometimes over 3 movements) and at least 30mm wide. They should sink, be brown with no visible food particles and have no smell.

A lot of people don’t have this. Did you know there are 5 basic principles that need to function well in order to maintain optimal health?

A lot of people are not and there are several things that contribute to a good bowel movement including the above and adequate water, fibre, exercise and stress management. Poorly digested food can become sticky and impact the large intestine.

What we recommend as part of your health maintenance is periodic gut tests and colonics. For example an RBTI test tells you your toxicity levels, liver and pancreatic health, sugar levels, cell oxygen levels, absorption of nutrients and hydration. An indican test shows the level of bacteria in your gut and a comprehensive stool tests show up specific bugs and stool markers. A liver detoxification test shows how your liver is detoxing.  At the beginning of a program one or more tests are done and then retested after treatment (in some cases this is just done with herbs and diet) If all is well maintenance tests  2-3 times a year is all that’s needed.

A constipated system is slow to release toxic wastes and the compacted consistency of the stool makes it difficult to pass and causes strain. This can lead to haemorrhoids and other bowel problems. The longer waste is in your colon the more proteins can putrefy, fats can get rancid and carbohydrates can ferment into unfriendly bacteria. The longer your body is exposed to rotting food in your intestines, the greater the risk of developing disease.

Even with one bowel movement a day you still have at least three meals making their journey down your lengthy digestive tract. As well as this your system can also become self-polluting by the poisonous gases that are caused by stagnation in your bowel and unfriendly bacteria. These can enter your blood stream and cause inflammation in your body and irritate your liver. Alternating between constipation and diarrohea can also mean there are unfriendly bacteria sitting inside you. Constipation can be linked to hormonal imbalance, as hormones need to be excreted through the bowel after being metabolised by the liver. It can also be linked to the thyroid.

On a more serious note if you let a toxic bowel continue, it can lead to cancer and immune dysfunction. If you have inadequate bowel movements you are creating a fertile breeding ground for serious disease.

Gastroenterologist, Dr Anthony Bassler, tells his colleagues  “Every physician should realise that the intestinal toxaemias (poisons) are the most important primary and contributing causes of many disorders and the diseases of the human body.”

The large intestine is the body’s “sewer system” and if you don’t treat it well you can accumulate toxins which can lead to many different diseases.

Bowel movements are essential for good health. If you don’t have at least one good movement a day, you may be making your way towards disease. If you have a typical western diet you may hold 8 or more meals inside you whereas with a high fibre diet you usually hold only 3. Constipation can  lead to leaky gut. Diet is a major part of treatment in healing the mucosa on the gut wall as food comes into contact with the gut mucosa.

Everyone benefits from a healthy bowel cleanse especially those that have parasites, fungus, allergies and digestive problems.

So how often do you go to the toilet and how much? Many people think that constipation is not being able to go to the toilet for a few days and then having to strain to get it out. This is one type of constipation and can be very toxic to the body. You can imagine what happens if you leave food in your waste bin for several days it starts to rot and smell. This also happens in your digestive system and with meat it can be like rotting dead flesh. I am not opposed to people eating organic meat but if someone is prone to constipation it causes a lot of problems because as it rots it becomes so toxic.

However other foods and unnatural food can also be toxic, for example preservatives, colourings, additives, refined foods and manmade drinks. It has been shown that people who emigrate and settle in another country can pick up bowel disease that didn’t exist in their culture because of a different diet that is unhealthy for them. This has been seen with Asians moving to America and Islanders moving to Australia.

Constipation can be from the bowel being overly contracted and tight or being overly expanded and flaccid with weak muscles. It is usually caused by eating too much protein, fat, salt or white flour. The latter often happens from abusing laxatives or being chronically constipated, or because of a lack of nutrients which strengthen the bowel, or from having too much fruit, juices or salads.

Please note: in some instances chronic constipation can result in liquid diarrohea, as this is passing around solid stools blocking the colon.

Really thin stools indicate spasm of the bowel, or constipation or irritation of the bowel wall. Wide stools can be a problem if they overstretch the bowel and cause bleeding.

Some of you are just passing rabbit stools or really small stools but there is hope. Constipation can also happen when someone eats too much psyllium (psyllium is positive for some types of constipation as long as you have enough water), dairy, fat or a lack of water or fibre.

The bowel relies on a wave like action called peristalsis. It moves a bit like a caterpillar and this wave like action causes muscular contractions of the bowel/intestines. If you have too much heat or stagnation in your liver you will get dry hard stools that are difficult to pass. If you have this type of constipation your tongue may be red with a thick coating at the back.

When the body is deficient or lacking in iron the strength of peristalsis is poor. Conversely certain iron supplements can cause constipation.

You can be constipated even though you go to the toilet every day; you just don’t go enough. If you want to test your transit time eat some sweet corn (it doesn’t digest well) and then have a look in the toilet bowl for the next two days, when you open your bowels note when the sweet corn moves through. Ideally you don’t want food staying for more than 24hrs in your bowels. You can do the same with beetroot. It’s also a great bowel cleanser and full of iron and vitamin C which helps iron absorb.

Eating healthy nourishing foods supports the gut mucosa which is the lining of the gut wall. When you don’t have enough fibre or you eat the wrong foods, take recreational drugs and certain medical drugs like antibiotics the gut wall becomes damaged which affects absorption of nutrients and screening of harmful toxins. This can also lead to constipation.

Beware that chronic constipation puts a lot of stress on the heart and many people have had heart attacks on the toilet from persistent straining and pressure. I used to work in hospitals as a nurse and so many problems were caused by constipation. Recently a nurse told me about a sad case of severe constipation. A lady in her 60’s came into casualty thinking she had a bowel obstruction. She was a nurse herself and had bowel problems for some time but neglected to address them. Xrays were taken which did not show an obstruction but severe constipation. Shortly after her Xrays were taken she had a heart attack as the pressure of constipation put such a strain on her heart. The doctors tried to revive her but sadly she died and as they went to revive her faecal matter came through her mouth! A horrible story I know but this is the extreme of what can happen if you don’t look after your bowels!

These problems can be rectified with herbs, expert dietary advice, nutrition and colon cleansing. For an appointment to look after your plumbing! call  us on 03 95847327 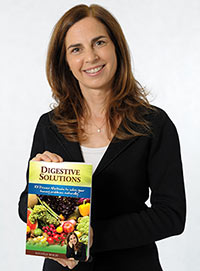 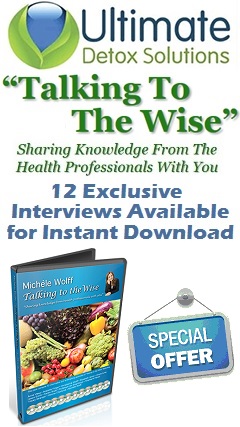